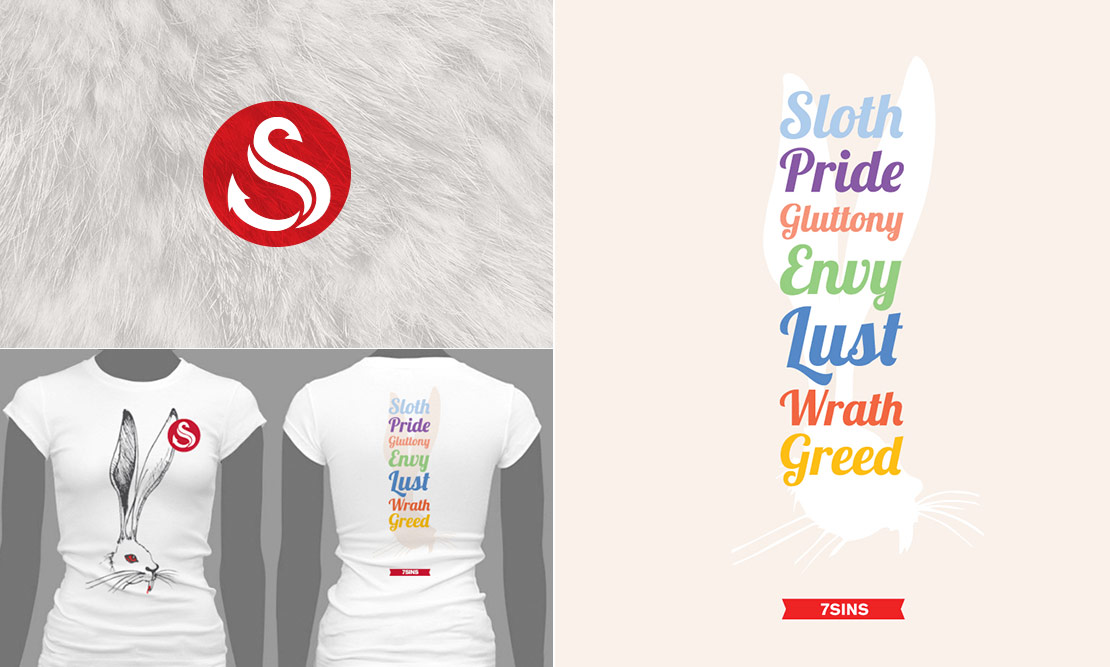 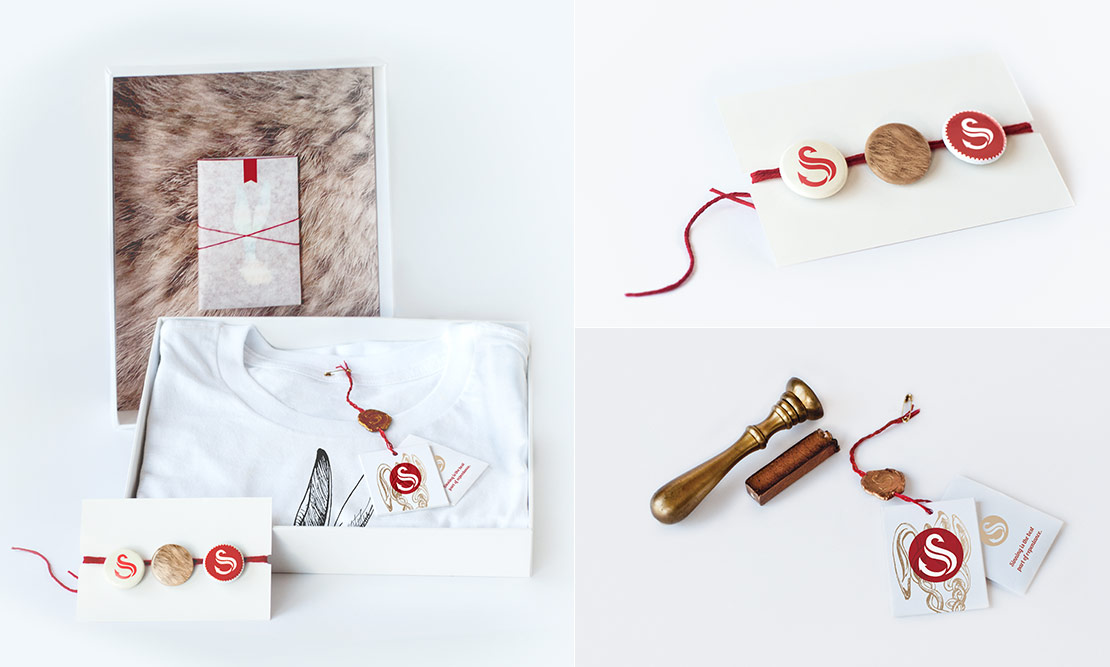 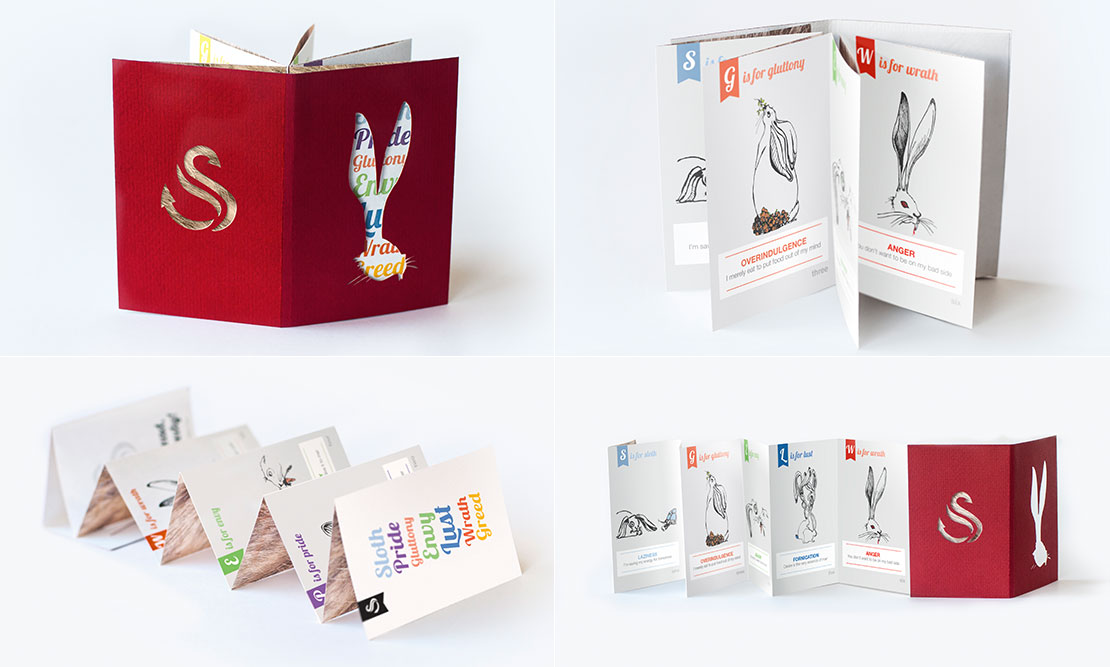 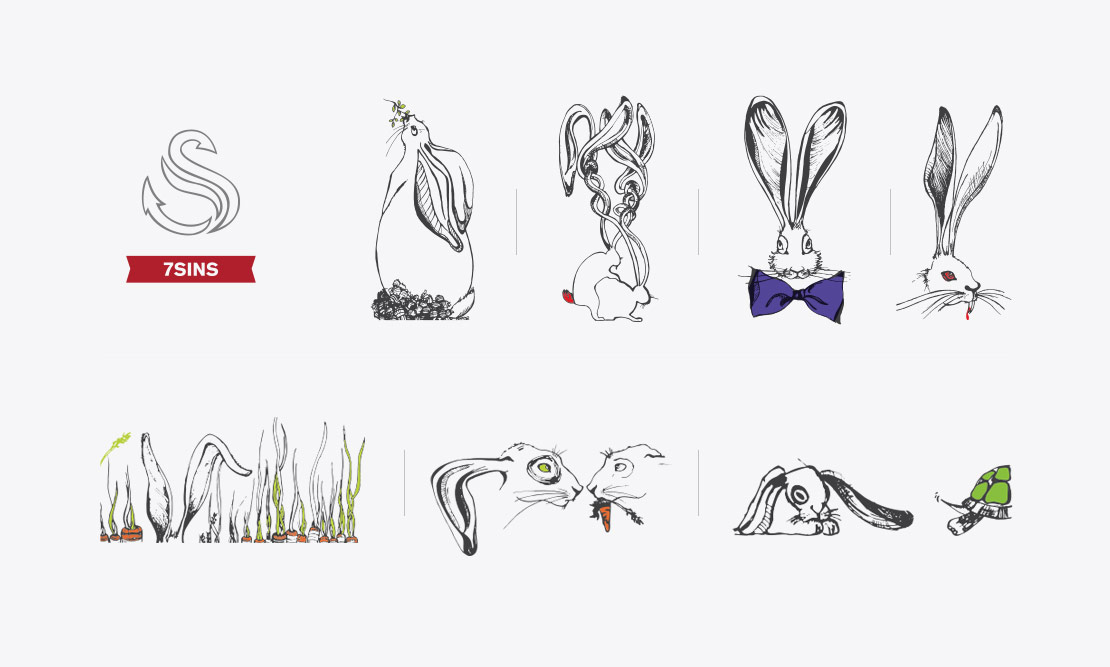 Rabbits were chosen as symbols of sin in humorous illustrations having as subject matter the 7 Deadly Sins, also known as the Cardinal Sins. These vices were used to warn humanity of its tendency to sin and consist of: pride, gluttony, lust, wrath, sloth, envy and greed. The lighthearted mood of the project comments on the archaic notion that a common present day character flaw, such as gluttony, could be punishable by eternal damnation. A scarlet letter (S) was developed to identify the sinner and a t-shirt and clothing tags complete this allegorical project.