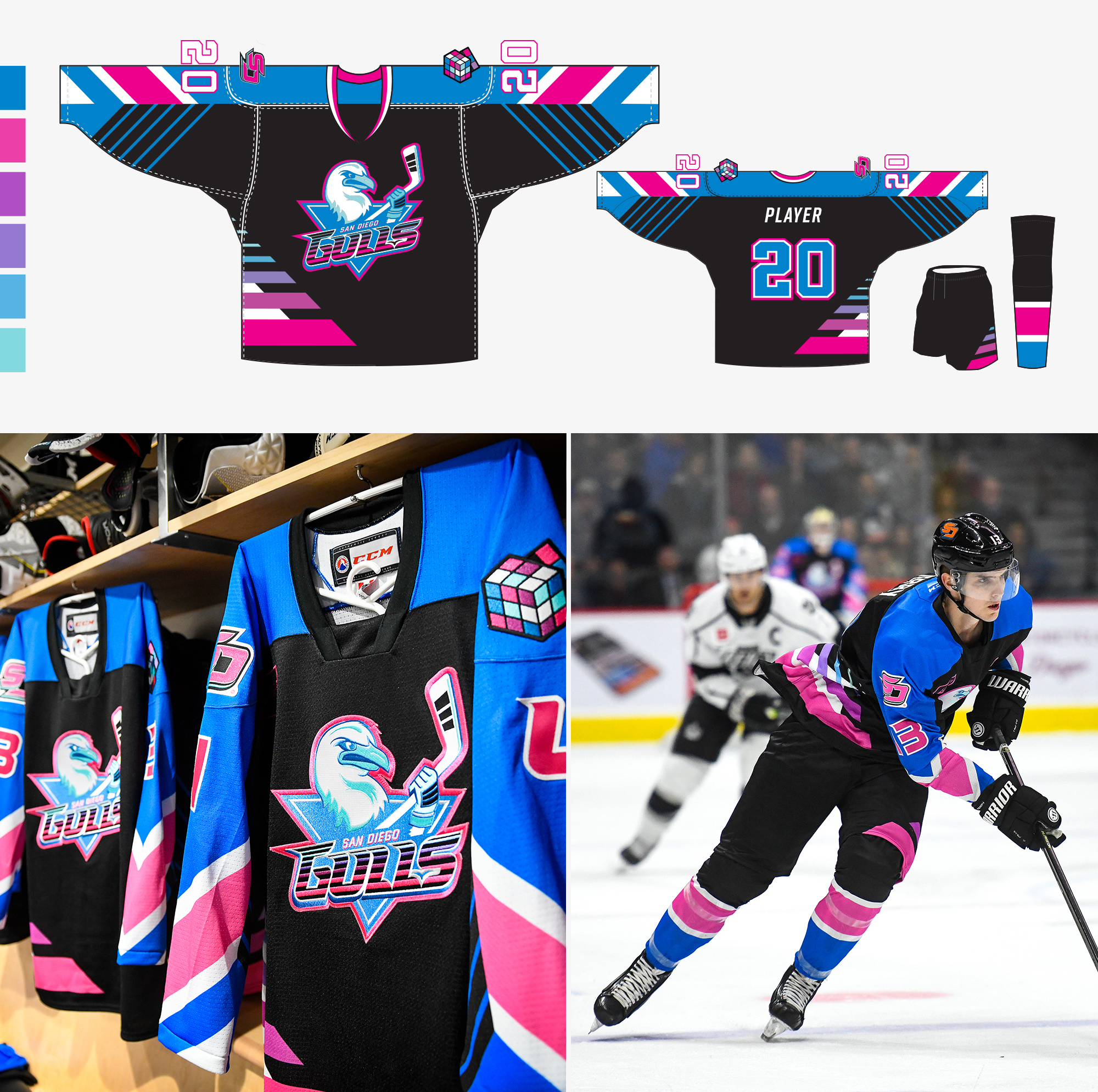 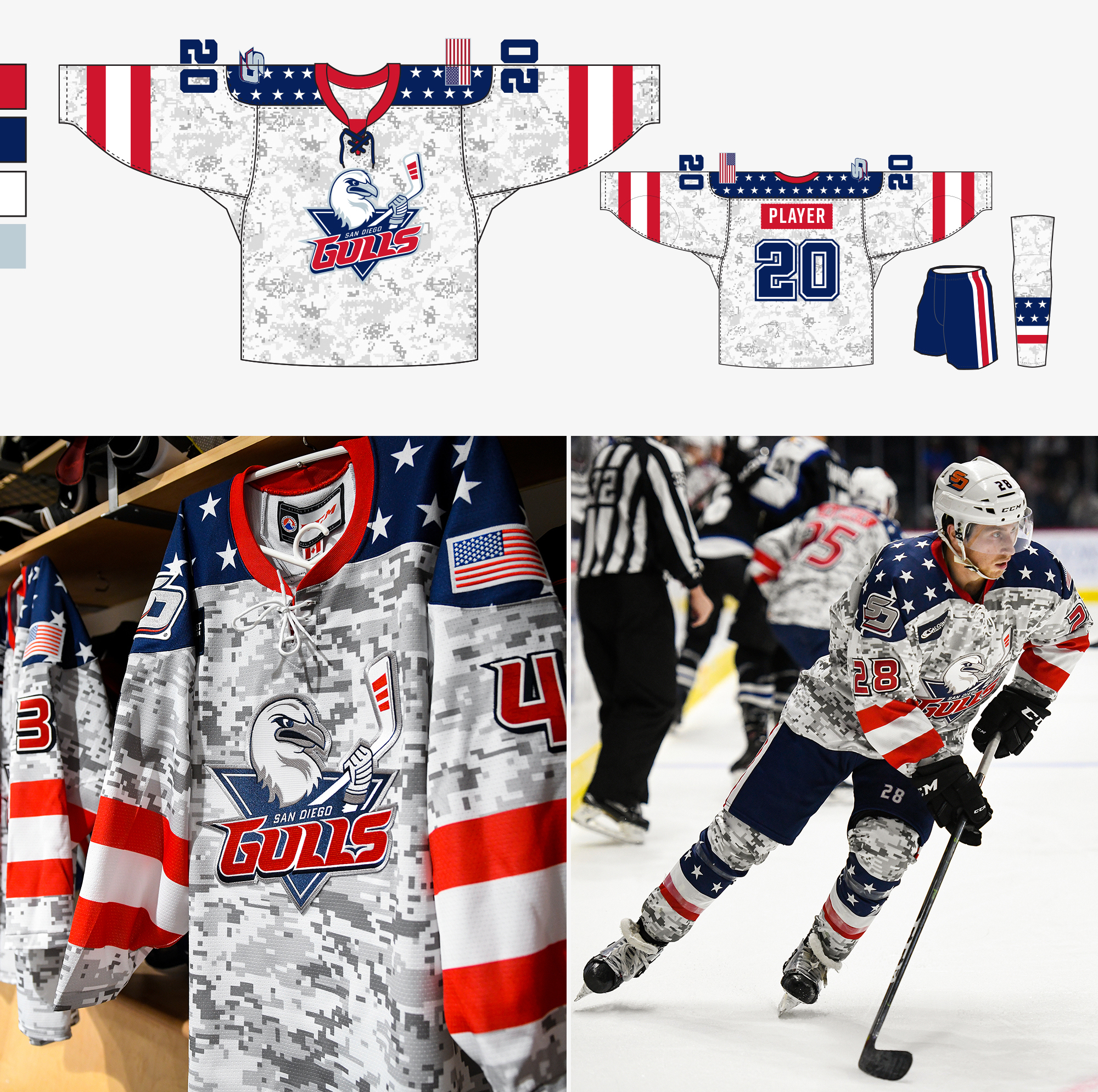 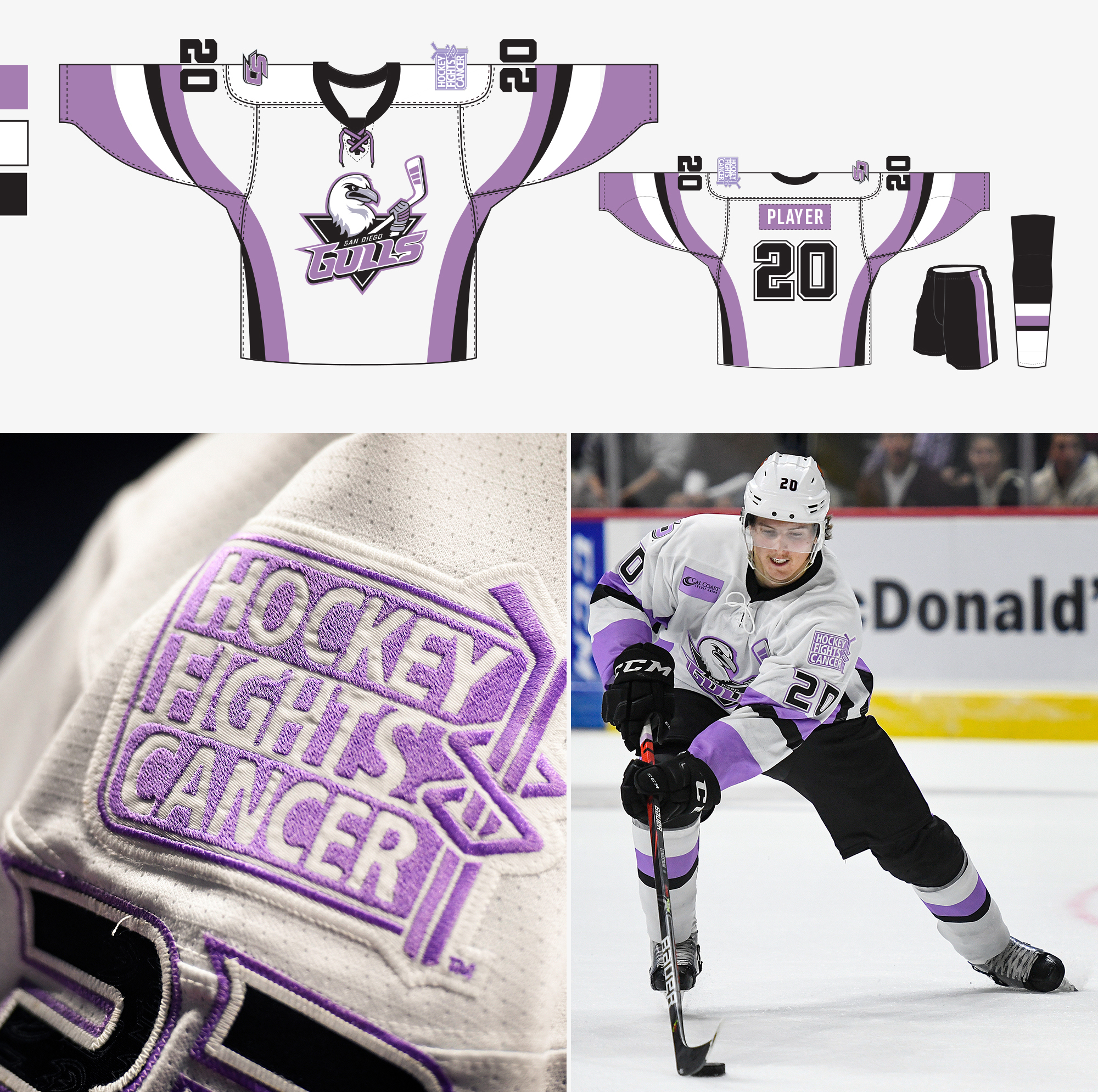 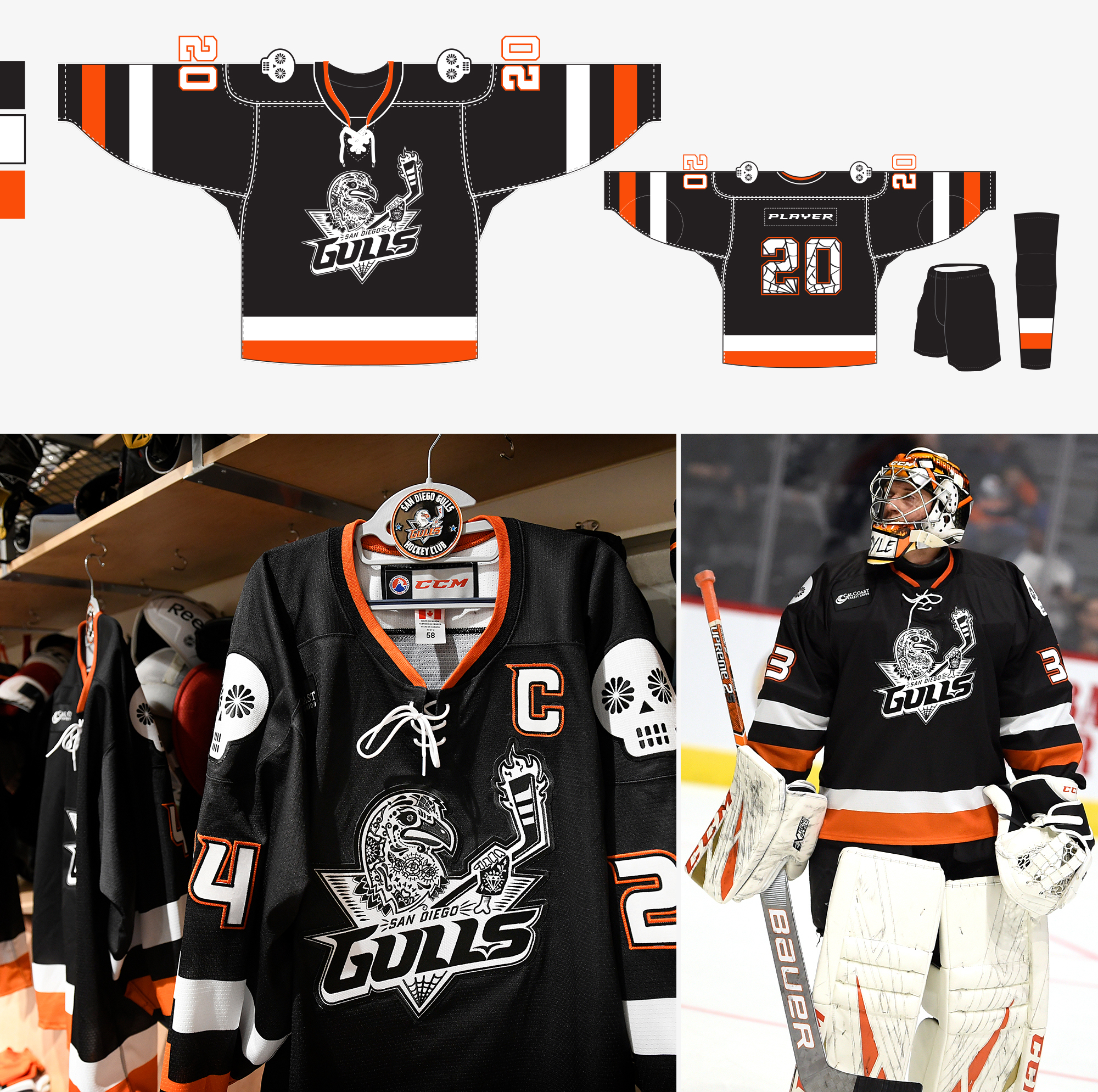 Over the years I’ve had the opportunity to design a wide variety of hockey jerseys for the San Diego Gulls Hockey Club.These jerseys are a major role of theme nights, worn by players during the game and driving revenue through auctions and sales.

One of the most popular by far is the 80s Night themed jersey, which received awards and recognition by the American Hockey League. The Gulls signature blue was paired with bright pink to create the iconic 80s throwback look. Combined with crisp angles and striking black tones, the classic theme takes on a modern and elegant look.

Being located in San Diego, Military Night for the Gulls is always a crowd pleaser that demands new Military themed jerseys each year. One of the more unique designs across the league involved departing from the traditional camo look and instead incorporated the patriotic stars and stripes. By introducing fresh looks to Military Night every year, each and every jersey has sold out on opening evening.

One of the more challenging yearly speciality jerseys is for Hockey Fights Cancer, which comes with mandatory lavender colors. This jersey is inspired by the movement of the cancer ribbon and features white as the dominant color.

Finally, the jersey for Gulls and Goblins night which is inspired by the internationally recognized Dia de Los Muertos, or Day of the Dead. Featuring a transformation of the Gulls logo to a skeleton and traditional motifs, it is still a fan favorite all these years later.